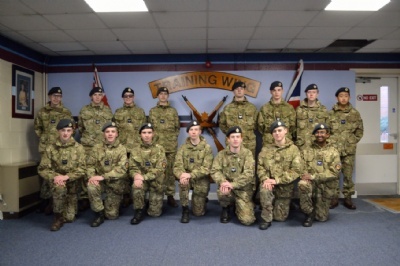 The RAF section of the CCF progress to national finals

The RAF section of the CCF competed at RAF Honington. The team competed in a variety of activities including drill, shooting and aircraft recognition.  The team was led by Flt Lt Barton.  The cadets achieved 4th place out of 21 schools and have now been invited to compete in the finals of the National RAF CCF Competition at RAF Halton on the 3rd March.